Teacher of 25 years, Fauquier High School Nominated Quentin Jones as for the 2019-20 Teacher of the Year. 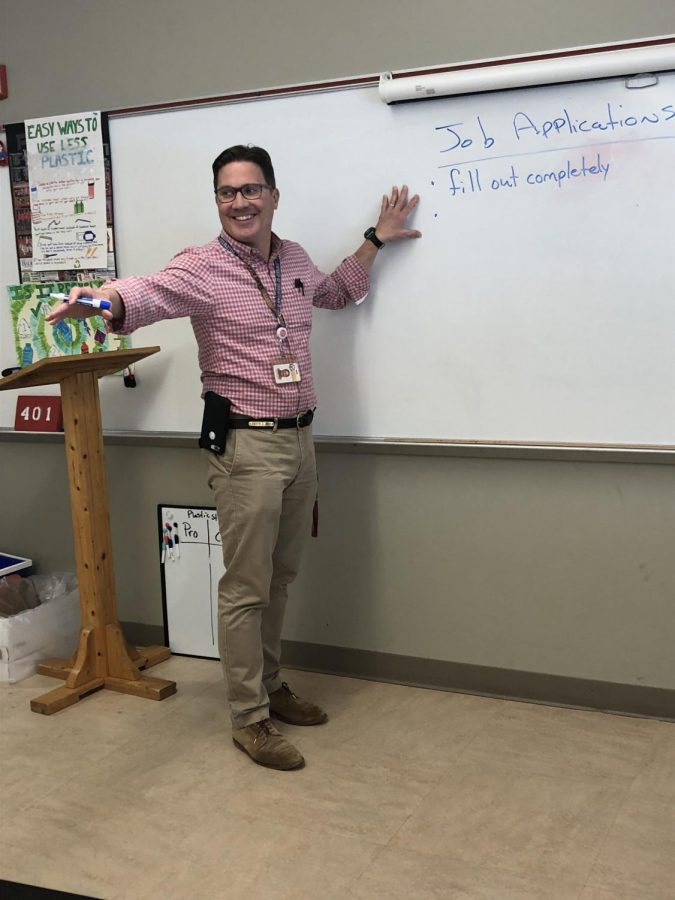 Fauquier High School announced that science teacher, Quentin Jones was nominated for Teacher of the Year on January 21. Jones has been teaching for about 25 years. He found out from one of his students and said he didn’t believe it until he got more messages of congratulations from other people.

Jones wants to set a good example for everyone this year. “It makes me feel like, wow, I got to step it up,” said Jones.

Teaching was not always his set career path when Jones got out of college. He admitted that he was clueless to what he wanted to do after graduating. He recognized teaching as an option because it was the career his girlfriend was following. He decided to try it out, and, after a while, he grew to love it.

“[Teaching] has its days, and I wonder why. But then there are those moments that make you realize that [it’s worth it].”

Jone’s first job in the education field was at Bridgewater College where he taught a few classes and coached football. He then moved on to teach biology and coach football in Georgia at the high school level.

His favorite thing about teaching is when he notices his students understanding what he is teaching, it is very rewarding for him. “It’s like when the lightbulb turns on,” said Jones. The most difficult thing he finds in teaching is when students don’t care about what they are doing. Jones likes to see his students and athletes always try their absolute best in everything that they do.

Jones is also a coach of cross country and track and field. Jones says, “You get to see more students and students see you in a different area.” His teaching helps him coach because it shows his students another side of him. “You get to see people more and after a while you start building different relationships,” says Jones

One of Jones athletes Savannah Papp said, “It doesn’t matter if you’re the best, he treats everyone the same way and focuses on every individual athlete.” Savannah loves how coach Jones has funny stories and makes his students and athletes laugh. Papp says, “He just wants to do good in the world and is a genuine person.” Papp loves when they do team building work because “it makes it feel like it’s my second family.