‘Fear the Walking Dead’? Fear the mediocrity, instead 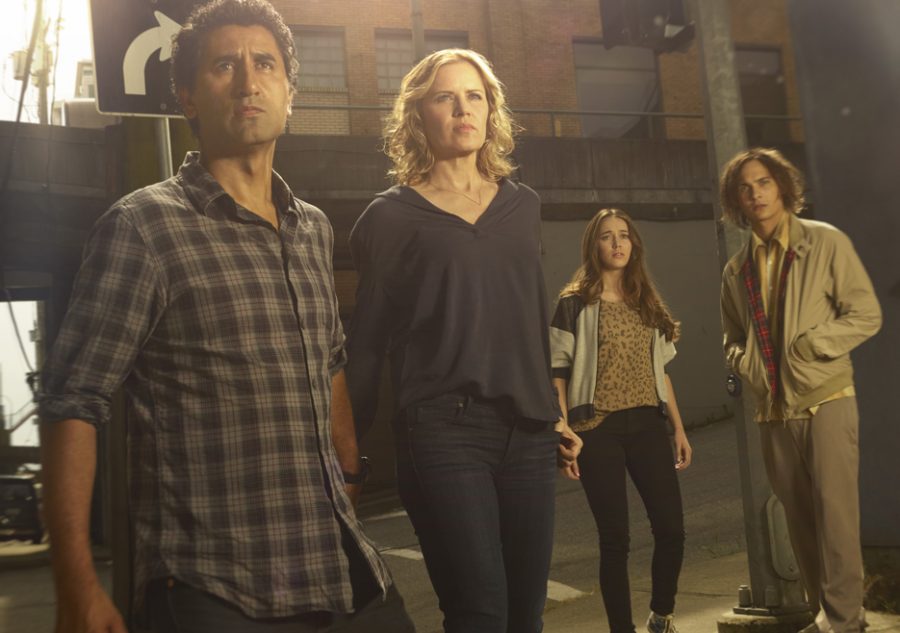 What comes to mind when you hear the words family drama? An overly emotional episode of Days of our Lives, perhaps? Or maybe that episode of The Brady Bunch where Marcia got hit in the nose by a football? Entertainment industry executives seem eager to repaint this listless genre, and the brave new world of family drama is taking a strange turn—zombies?
AMC’s Fear the Walking Dead has (unsurprisingly, given its predecessor’s popularity) set the new record for the biggest premiere in U.S. cable history. Set in pre-zombie apocalypse Los Angeles, the series revolves around a blended family’s survival during the days leading to the total collapse of society. This could be interesting, you might be thinking. Surely the writers would take advantage of a prequel series by outlining the cause of the zombie virus and how civilization began to degrade?
No, no time for that. We need to spend time focusing on Nick’s (Frank Dillane) crippling heroin addiction, or Alicia (Alycia Carey) and her boyfriend, or the childrens’ tiresome,  “You’re not my dad!” fight with their mother’s live-in boyfriend, Travis (Cliff Curtis).
Character development is one thing. But we’ve seen these characters before. In fact, I’m pretty sure I’ve seen every single element in this show somewhere else beforehand. The blended family reeks of Modern Family, while Nick’s zombie-infested church-turned-drug-den- hidey-hole looks like a scene dredged up from 28 Days Later.
But for all the mediocrity the show has presented so far, the groundwork that’s been built shows promise. For one, Los Angeles is honestly a solid backdrop for the series; the city is expansive and almost naturally scary, and it’s already filled with gangs and paranoia. It may also be interesting to see how “normal people” deal with the zombie apocalypse; not everyone can be a crossbow-wielding lunatic prior to the societal collapse.
Amidst a plethora of misses, Fear the Walking Dead has a few hits. Give it a few more episodes and see if the saccharine family values vibe wears off. If not, we will be fearing the walking dead, but not for the reasons the creators intended; the lingering thought that the cast might start a family band is scarier than any undead.