Want to save the world? Start by ensuring all women receive quality education 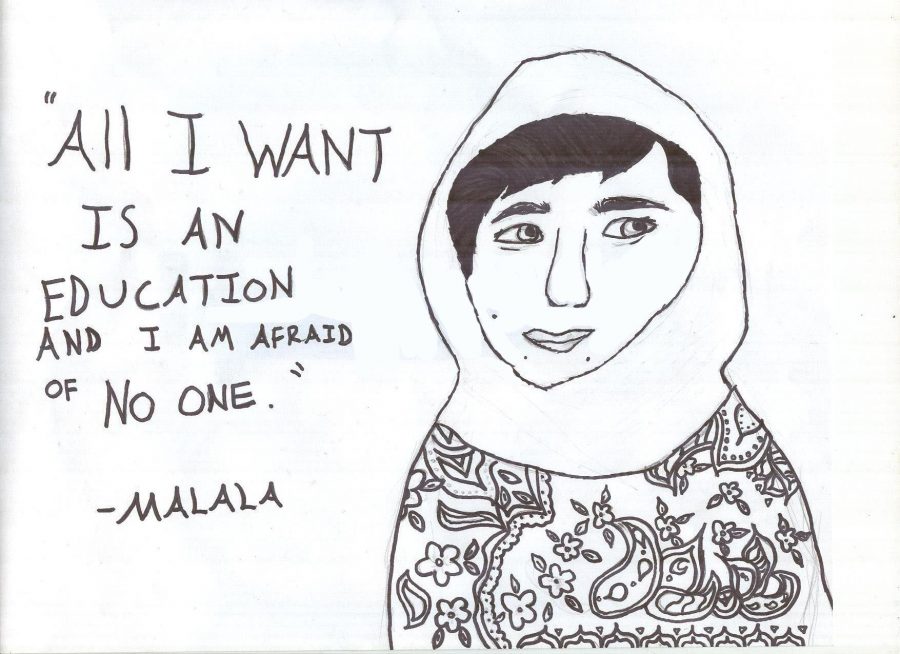 So many American teens take education for granted; we complain about waking up early, spending too much time on homework, or sitting through boring classes. Yet, around the world, more than 62 million girls are denied an education. Many of these girls have never even started school, while others dropped out because of poverty, a humanitarian crisis, early marriage and motherhood, violence, or many other reasons. Whereas we dread waking up and attending school, many girls have had to fight for their right to be educated and have been harmed for doing so.
In Afghanistan, the Taliban has attacked school-girls by throwing acid on them. In April, 2014, the extremist group Boko Haram kidnapped 276 girls from their school in Chibok, Nigeria. On October 9, 2012, in Pakistan, the Tehrik-i-Taliban Pakistan shot Malala Yousafzai on her way to school for advocating for girls’ education rights around the world. The situation is the worst in the Middle East and Africa, where tradition and law dictates what a girl can and cannot do, especially when it comes to education.
It should be a global priority to promote the education of girls; it is one of the best things we humans can do for the world. Nations with low enrollment of girls in school struggle economically. Educated women have the ability to work, run businesses, and be educated consumers. In fact, increasing the number of people, including women, who have strong literacy and numeracy scores could increase a nation’s economic growth by two percent, according to malala.org. The site also notes that education increases a woman’s wages; for every year of school a girl receives, her income can increase between 12 and 18 percent. Educated women are better able to provide for their families, decreasing the percentage of families who live in poverty and increasing a family’s financial security. Furthermore, children raised by an educated mother will be more likely to gain an education for themselves, even further reducing poverty.
Education improves women’s health and the health of children. Educated girls are less likely to have teen pregnancies, decreasing the maternal and infant mortality rates. Educated mothers are also better able to find the appropriate health care for the family and provide nutrition and medicine that could save lives. Malala.org also states that, if all adults in the world completed primary school, there could be seven million fewer cases of HIV in a decade. This is extremely beneficial in sub-Saharan Africa where, according to amfar.org, 88 percent of the world’s HIV-positive children are located.
Girls who are in school or who have completed school are less likely to marry as children. Similarly, the more educated a woman is, the less likely it is that she will accept domestic abuse; according to malala.org, for every year of school a girl completes, her acceptance of domestic abuse drops by 10 percent. Education also promotes female participation in politics. Girls will be more likely to vote, advocate for policy changes that benefit families and other women, and even run for office. They will be more likely to change and improve the laws for women’s education and rights.
These 62 million girls could change the world if they only had the opportunity to go to school, but there is so much going against them. Millions of girls are not in school because of humanitarian crises, including natural disasters, pandemics, and war. Millions of people leave their homelands to escape these problems, but give up receiving an education as a result. In many countries, children live in remote villages hundreds of miles away from towns that offer opportunities for girls to gain a quality education; village schools are usually taught by untrained teachers and lack the resources they need to effectively teach students.
The tradition of child-marriage also keeps girls out of school, but even girls who are not married as children grow up in traditional cultures where they are expected to become wives and stay at home, never working; parents don’t see the value of paying for an education if their daughter will spend her life in the home. Girls in areas occupied by extremist groups are banned from attending school, and those who go against them are threatened and attacked.
We need to follow the example of Malala Yousafzai, and hundreds of other girls, and support girls’ education, no matter the cost. We need to set up schools in refugee camps and villages that offer a quality education with trained teachers, proper resources, and safe, sanitary buildings and facilities. We need to break traditions of child-marriage and end the idea that if a women will be a homemaker, there is no need for her to attend school. Education will empower women and young girls, giving them confidence in knowing that they have the ability to support themselves if need be. National governments should require girls to attend school, at least through primary school, and enforce that law.
Education for girls has improved worldwide over the past few decades, but it’s still not where it should be. Malala.org reports that girls spend an average of seven years in school, more than they have before, but they still don’t receive the education they deserve. Every child, regardless of gender, is entitled to a quality education. When every boy and girl receives an education, we will see the world change for the better.