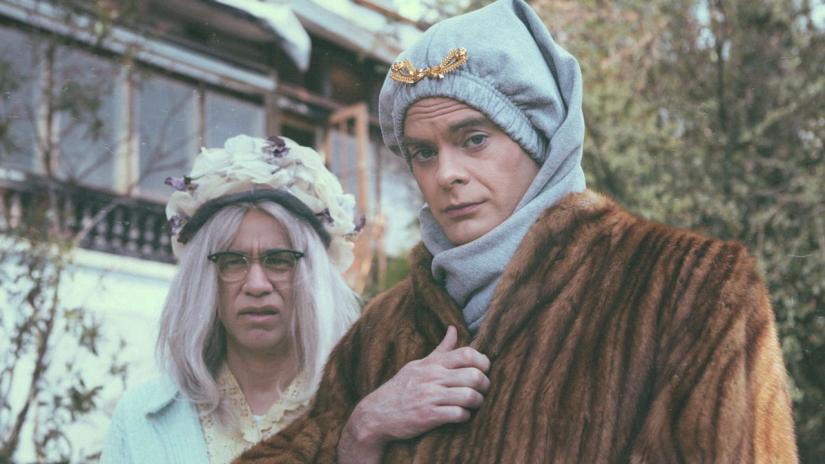 Documentary Now! is the most recent of many quality projects that have been made by retired cast members of the famous Saturday Night Live skit TV show. Bill Hader, Fred Armisen, and Seth Myers came together to create this amazing satire series, and the quality remains consistent with each episode. Documentary Now! spoofs actual famous documentaries, but with exaggerated or fictitious characters replacing the original subjects. From a chef that serves chicken at his restaurant, but is also afraid of chickens, to an Eskimo who turns into an obsessive movie director, the comedic scenarios are odd and unique.
The idea for the show came about after Armisen and Hader wrote a skit for SNL in 2013 that was inspired by the mockumentary style of This Is Spinal Tap (1984). The production team of Documentary Now! uses the same filming techniques as the original documentary they are parodying, including similar cameras and lenses, wardrobe, camera angles, and even background music. Although the visual aspects are similar to the original, the writing and acting of the mockumentary pushes the subject of the original documentary to the limit by emphasizing the ridiculous extremes.
The main writer of the show is Late Night host Seth Myers, and on certain episodes the stars, Hader and Armisen, write some parts. These three comedic geniuses have carried their talent from SNL on to this project flawlessly. Hader and Armisen star in every episode together, which is one of the many reasons this show is great. Their on-screen chemistry is unbelievable, and this is the perfect venue for their persona.
The humor is subtle most of the time. The majority of the jokes make fun of the original documentary, so it may be hard to separate the jokes from the actual content of the original. The jokes that are very obvious, however, are extremely funny. Hader and Armisen are able to do almost exact impressions of characters from the documentaries. SNL fans will appreciate the comedy set behind this show.
The IFC network produces the show, and they release many short clips on Instagram, Twitter, and Facebook to compare the parody with the original documentary, so the viewer gets a feel for its style and approach. However, even if you can’t identify the similarities, the comedy is so farfetched it’s humorous.
The first season of Documentary Now! can be found on Netflix, and the second season is in full swing. You can watch new episodes every Wednesday at 10 p.m. on IFC. There are also full, free episodes located on the IFC website, along with special content for the series. This is a tongue-in-cheek satire leaves viewers smiling, laughing out loud, and appreciating the wry humor.