Golf tees up for postseason 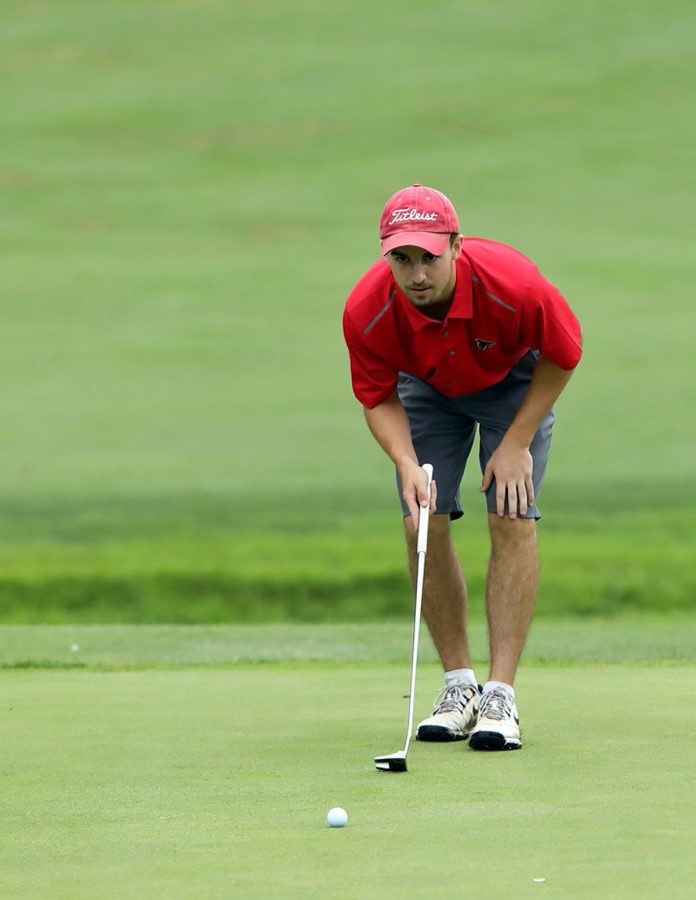 The Fauquier Falcons golf team continues to improve each year. The team’s latest achievement was winning the recently created Fauquier Cup, which took place at Fauquier Springs Country Club on Aug. 9. Competing against Handley, Millbrook, Sherando, James Wood, Liberty and Kettle Run, the Falcons’ first-place finish gave them the confidence needed to begin the season and hit the ground running. Senior Cameron Lee echoed his teammates’ optimism going into the season.
“We won back-to-back the last two years,” Lee said. “At this point it’s like we know what to expect.”
After already claiming a brand-new trophy, it’s easy to see that anything is possible for the Falcons this year.The Falcons did not finish the way they wanted to last season, however. High expectations and confidence led to the team winning the regular season and winning the conference championship, but coming up short at regionals.
“We didn’t really do that well in regionals. I see it as something we can build off of, though,” senior Michael Patchett said. “I think that since we made it last year, there’s no doubt we’ll make it this year. Only difference is, we’re going all the way this time.”
Team members all have done their part in preparing for the season. Different methods of practice distinguish each player in his own way. Senior Cameron Lee said he believes that repetition is the key.
“I’ve gotten better by tanking balls on the course pretty much all summer,” Lee said. “I just spend hours and hours perfecting my stroke.”
Some players, like Patchett and Frankie Strano, oftentimes even play together to strengthen their bonds on and off the course. Having a teammate to face off against also helped Patchett get into the competitive mindset and more, he said.
“We’ve all practiced a lot more,” Patchett said. “Like, Frankie and I have seen a lot more hours on the course together. Practicing with someone you normally play with just prepares you both equally and gets you ready for anything.”
Along with practice, the Falcons have another advantage going into this season: With seven seniors in the main lineup, experience is not a problem. These seven all have been with the team since their freshman year. Averna said he believes the cohesiveness of the group will help make this the best year yet.
“I think it gives us a better shot at going to states,” Averna said. “Being with these guys since freshman year has taught me a lot about teamwork. We’ve all worked so hard to get to the top.”
~nathaniel thomason, entertainment director