Football looks back: Team reflects on highlights and missed opportunities 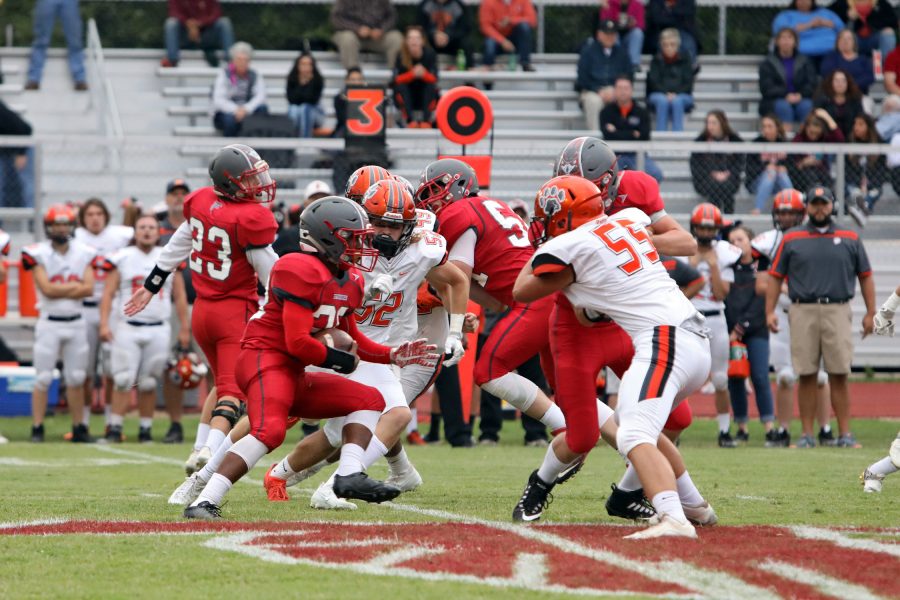 After finishing 2-8, the 2017 season now holds the title for the worst record in the last decade for Falcon football. However, this may have been the hardest schedule in years for the Falcons, as eight of the ten teams they played went to the playoffs this season, combining for a total record of 60-27 among them all. For head coach Joseph Prince, despite the disappointing season, he can still take away a few positives.
“We played some pretty hard teams,” Prince said. “The number of wins doesn’t always concern me, and I felt like we competed in a lot of games. I enjoyed working with the guys and the coaches that we had. That’s the part I enjoy about football the most.”
Yet still, after three seasons as head coach, Prince has not beaten either county rival and still hasn’t made the playoffs, dropping his overall record at FHS to 11-19. Both of these were major goals for the team this season, and with the last times the Falcons reigned victorious versus county rivals Liberty and Kettle Run was in 2002 and 2012, leaving no seniors to have ever experienced beating the Eagles or Cougars.
The Falcons lost 21-20 in a close game against Kettle Run on Oct. 6 but fell to Liberty on Nov. 11 in a 57-13 blowout. Both opponents made the playoffs.
“We had our shot against Kettle Run, went for two, and just didn’t execute. We kind of shot ourselves in the foot with penalties that night,” Prince said. “In the Liberty game, we had some momentum when we blocked the punt, and scored two quick ones [to get] back into it—we just didn’t capitalize. Liberty is a very good football team; both teams are.”
Along with remaining competitive in most games, a few more positives can be taken away from the season, including junior running back Kevin Chavis’ 1,000 yard season, where he lead the district in rushing yards. Chavis also secured a spot on the first team All-Northwestern District, along with senior captains Joe Heisler (Center/All-purpose), Cole Anderson (Linebacker), and Franco Camarca (Tackle/guard). The team will be graduating eleven seniors.
In the future, Prince wants to establish more depth within the team, something they were plagued by throughout the season. He said a key to that will be keeping players for all four years, providing a greater amount of time to develop.
“We need to get kids that can play football, to play football,” Prince said. “We have a lot of kids in our school that don’t play, [and] it would be nice to have them. We need more depth, that probably hurts us as much as anything [because] when someone goes down it really puts us in a bind.”
This offseason, Prince will be emphasizing training in weight room to prepare for next season.
“We have to get in the weight room and get stronger, were lifting three days a week and we have to convince our kids they have to get stronger,” Prince said. “You have to pay the price in the weight room, you have to be there if you want to get stronger.”
~alex wright, sports director