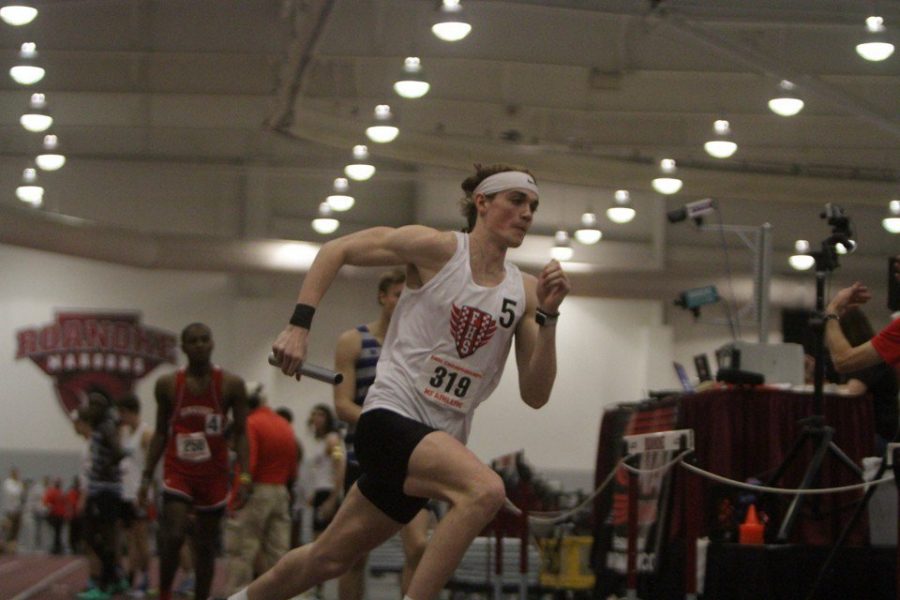 Going to states is all senior Patrick Atwell wanted since he was a freshman and he has made that dream possible time and time again. Now as his days in high school are running out he came out with a bang by breaking a state record in track. He ran a time of 104.34 and broke the school record and state record for the 4A state meet. “I was really happy with that, I mean that was everything that I wanted. I wanted to beat [the previous] record really bad,” Atwell said.  Now he has won back-to-back 500-meter state championships.

He became interested in running because he thought it would be a fun thing to do with friends and he’d be good at it. As the seasons go on, he started to get serious about it and found it to be attachable for a career.

One of the things Atwell said what he would say to his freshman self is to realize track was going to be his goal and to put more energy into track than any other sport.

Atwell thought his biggest improvements were being a good role model for other kids and learning the small things as they go into being a good athlete.

Atwell said his coach taught him that “we’re never really finished and we never really stop.” He added, “Once I get to one goal that I had, we always had something else in mind, so that’s always going to stick with me definitely.”

He is looking forward to college and is planning on attending Virginia Tech, George Mason or Penn State. He said he plans on studying human nutrition and physical therapy.