Teens Switch Out Paper for Vapor 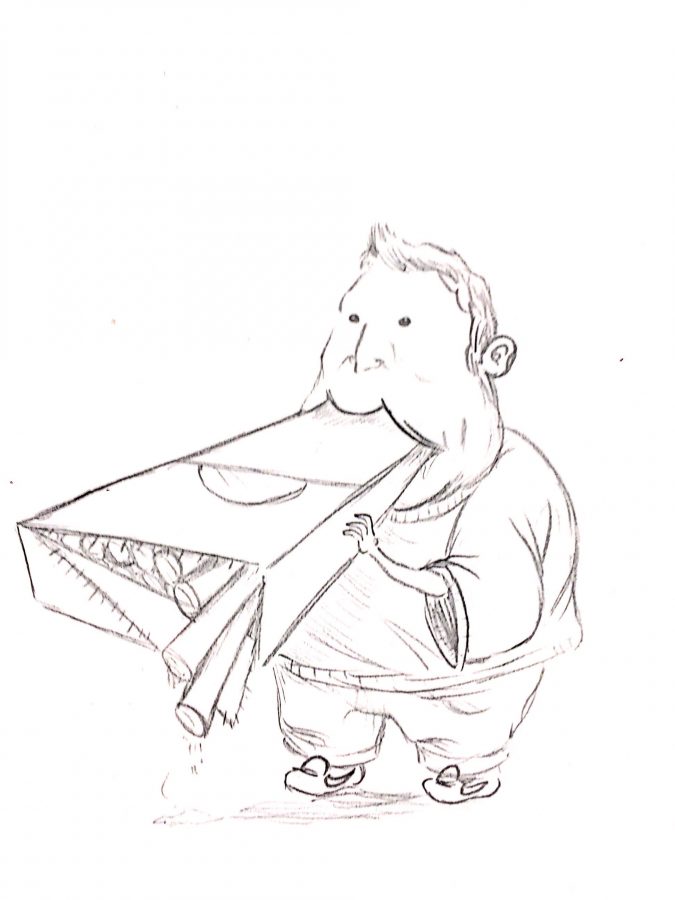 Imagine you’re walking into the bathroom and you’re suddenly hit with the smell of cotton candy and mango. You peek around the corner and see a group of friends vaping. Well, you don’t have to imagine this because it happens daily to many high school students.

A vape is a type of electronic-cigarette (e-cigarette) that uses an e-juice usually containing flavoring, glycerin, nicotine, propylene glycol, and water. The e-juice is vaporized and, unlike tobacco smoke, an aerosol vapor is released. Popular vapes include the tiny Juul, which contains a large nicotine dose, the pod and the pen vapes.

Statistics from the National Institute of Drug Abuse show vaping among high school seniors has increased from 27.8 percent in 2017 to 37.3 percent in 2018. Nowadays, vaping is seen by many high school students as cool. According to a study run by Centers of Disease Control and Prevention, this is often the leading reason as to why students start vaping. Either their friend is doing it and is peer pressuring them or they see others vaping and are curious to know what it’s all about.

“One of my friends pushed me to try it,” said an anonymous student. Another student said peer pressuring was not the reason for trying it but it was simply a matter of “choice and curiosity.”

Some students say it depends on the circumstances, “I think vaping or juuling is fine as long as you don’t do it for anyone but yourself,” said another anonymous student.

Many other students, however, do not see vaping as cool but are very frustrated by it. “I think it’s disgusting and gross when people do it in the bathroom and on the bus. It’s just disgusting and it smells bad,” said another anonymous student. “My grandmother died of lung cancer despite never smoking and seeing my peers do it makes me sad that they are taking risks like having lung cancer.”

Increasing popularity of this issue has caused many to step up and search for solutions. Junior Eireann Maybach, junior Katherine Warren, senior Camden Gillespie and sophomore Olivia Gulick, four students who want an end to the issue. The four attended a program known as Youth Alcohol and Drug Abuse Prevention Project (YADAPP). They developed a plan that they hope will help FHS with its vaping problem. “Our plan was called Address, Prevent and Recovery (APR) Program and it’s been enacted throughout the school systems,” said Maybach.

“It’s so normalized in schools today, in our school especially. I know because people have done it right in front of me,” said Maybach. “People ask me, do you ever get vape juice on your eyes when you’re putting on your contact and it burns and it’s just so normalized that people don’t know that it’s a problem.”

One debate is on whether vaping is safer than smoking. Many believe that vaping is a safer alternative to smoking and it helps end smoking addictions while others say it is just as dangerous. The American Heart Association argues vapes still contain nicotine and produce the same harmful substances as smoking.

“E-cigarettes and vapes were originally invented to help adults get off of nicotine abuse but now they’re just normalized in society through the advertisements and the social push for it,” said Maybach. “Your right, it is less harmful than cigarettes for adults, but not for adolescents.”

The group later enacted their plan to solve the problem. They spoke to each grade level at the beginning of the year about the dangers of vaping. They also integrated “the help box” allowing students to report others who need help but can not actively get help themselves. “It was purposefully a very subtle plan. I didn’t want it to be out in the open because I didn’t want to address my friends and people that I knew who were doing this,” said Maybach.

While the normal vape is being scrutinized, another type of vape has arisen that is argued to be perfectly safe. This vape is produced by MONQ Therapeutic Air and Vitastik. They contain essential oils rather than the normal vape ingredients. It is described as a “personal diffuser.” Their website claims the device is safe and does not contain tobacco, nicotine, artificial ingredients, GMOs, gluten, diacetyl or propylene glycol and is not tested on animals. The “diffuser” comes with 3 pods and is breathed in through the mouth and out the nose.

So is the “personal diffuser” really as safe as the website claims? The answer is uncertain. Doctors say vaping is such a new thing that they aren’t sure what to expect. One side argues that the essential oil vape is 100 percent safe and claim it is a good alternative. Meanwhile, others say there is a lot of danger with this new device, saying it has a possibility to produce formaldehyde or other dangerous substance when heated. Other debates similar to this revolve around the idea of nicotine-free vapes and whether they are what they’re labeled. Maybach said they are not and most vapes always contain nicotine.

“They use what’s called the tic-tac rule. Basically, tic-tac companies can list tic-tacs as sugar-free because they weigh less than a gram,” said Maybach. “But they are 99 percent sugar and that’s exactly what e-cigarette companies use to label their nicotine items.

Maybach said what school systems can do now is bring awareness to the problem. “[Vapes are] getting kids hooked on a drug. It is a gateway drug even though many say it isn’t.” Maybach said if she could tell the world one thing about drugs, she would say, “It isn’t as harmless as it seems.”