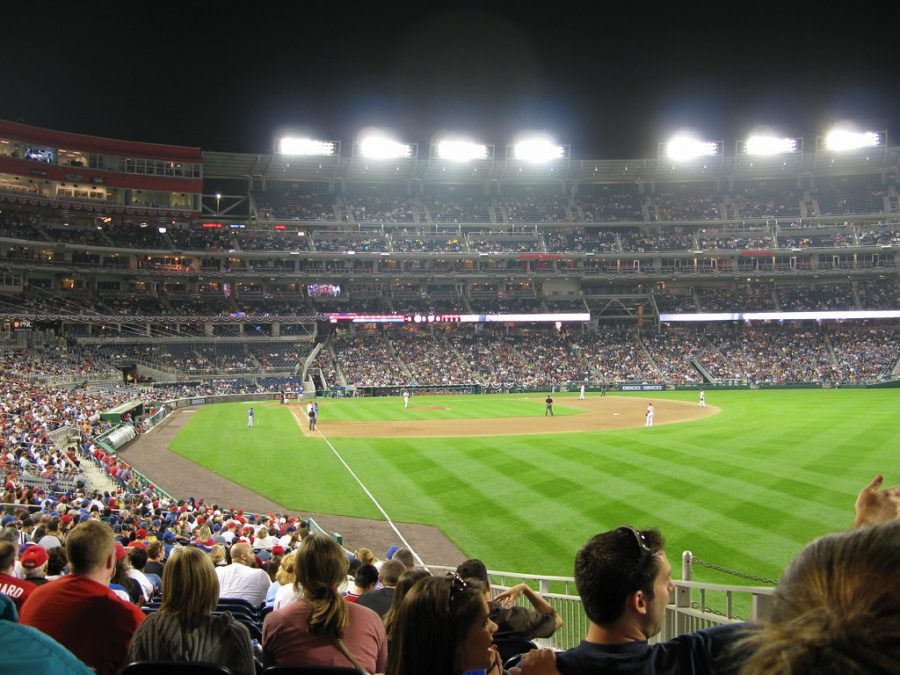 The Nationals Stadium during a Nats games in October on the 31st.

On October 30th, 2019, the Washington Nationals bested the Houston Astros to become World Series Champions for the first time in franchise history. The series started off with the Nationals getting a quick 2-0 lead, but the Astros won three in a row to take a 3-2 lead in the series. But Washington refused to quit. In game six, pitcher Stephen Strasburg beat Justin Verlander to force a game seven. Then, in game seven, Nationals ace Max Sczherer went up against Zach Greinke in a pitcher’s duel for the first six innings. Houston had a 2-0 lead for most of the game, but Anthony Rendon hit a home run in the 7th inning, making Houston pull Greinke out of the game. The Astros had Gerrit Cole, one of the best pitchers in the league, in the bullpen, but decided to bring in the reliever Will Harris. Harris gave up a two run home run, giving Washington a 3-2 lead in the ball game. Cole stayed in the bullpen for the remainder of the game, allowing the Nationals to score more runs throughout the last couple innings. Nationals pitcher Patrick Corbin came in clutch when Washington needed him to, giving up zero runs in his innings, then close behind Daniel Hudson finished the job to give the Nationals a 6-2 victory in game seven, making them the baseball champions.