Falcons may be red, but belts are black 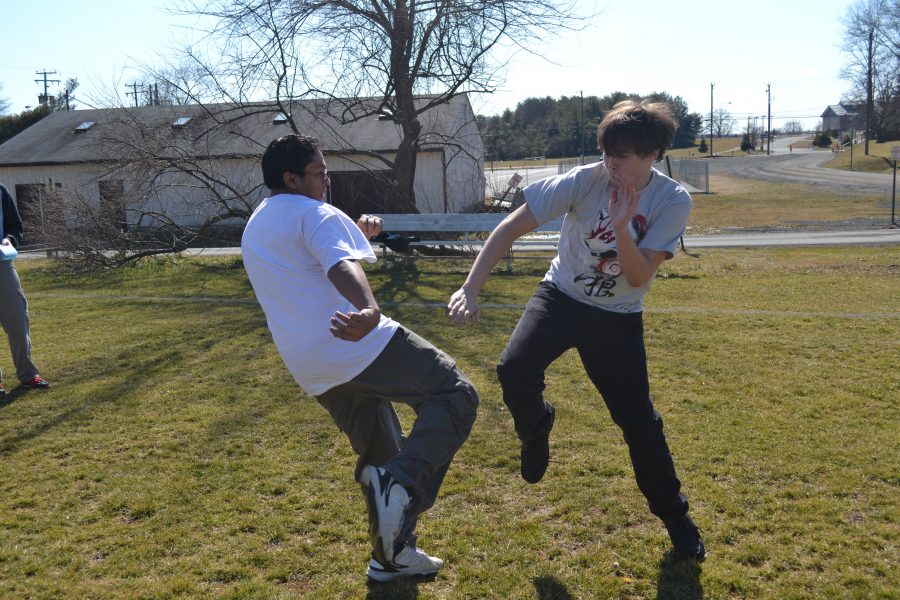 FHS doesn’t need armed guards to prevent shootings; it’s teeming with students proficient in the practice of martial arts.
Junior Kristy Rosenberger started taking Tae Kwon Do in kindergarten, reaching the rank of black belt in fourth grade.
“I did Tae Kwon Do when I lived in New Jersey,” Rosenberger said. “I can still remember it. The rush of adrenaline I got every time I sparred or grappled made me feel like the coolest thing in the world.”
Rosenberger gave up martial arts after she got her black belt, but is confident it was a valuable experience.
“I stopped because of how ridiculously expensive it got, but the satisfaction and bragging rights last forever,” Rosenberger said. “My mom would never tell me how much money she had to spend, but the studio kept trying to trick me into joining all these different clubs, all of which cost extra money. It also just took up too much time.”
Junior red belt Klaiton Alicea started taking Tae Kwon Do to lose weight, but wound up gaining more than physical prowess and talent.
“I was a really fat kid in fifth grade,” Alicea said. “I lost a lot of weight doing it, and then I got better at sports. I really liked the boxing and wrestling part of it. I stopped when I started high school because I was doing a lot of other sports, and I just didn’t have time. I also got kind of bored of it, and I got a little lazy too.”
Senior John Seminaro has been taking Tae Kwon Do for about four years, and has stuck with it regardless of the difficulties caused by moving around.
“To me martial arts means having a good time and staying in shape,” Seminaro said. “I’ve been to a lot of schools for martial arts because I’ve moved from house to house so many times. I’ve had to restart too many times to get my black belt, but the complications have been worth it.”
Karate Sports Academy charges as much as $125 a month, providing multiple lessons every day for subscribers. Most martial arts start with a beginner’s white belt and finish with a black belt. Students move on from black belt by gaining degrees. Grandmaster Jenkins of Karate Sports Academy is an eighth degree black belt.
Senior Sergio Riberio started taking Tae Kwon Do about three years ago. Last summer, he took up a separate martial art from Brazil called Capoeira that incorporates elements of dance and music. Riebero enjoys the immediate rewards of martial arts, but thinks people fail to see its true value.
“People have to understand that martial arts are not just about winning,” Riberio said. “Martial arts are a way of life. Using your power responsibly and using it to defend yourself or others are the only acceptable uses of a martial art. Exercising restraint is just as important as defending yourself.”