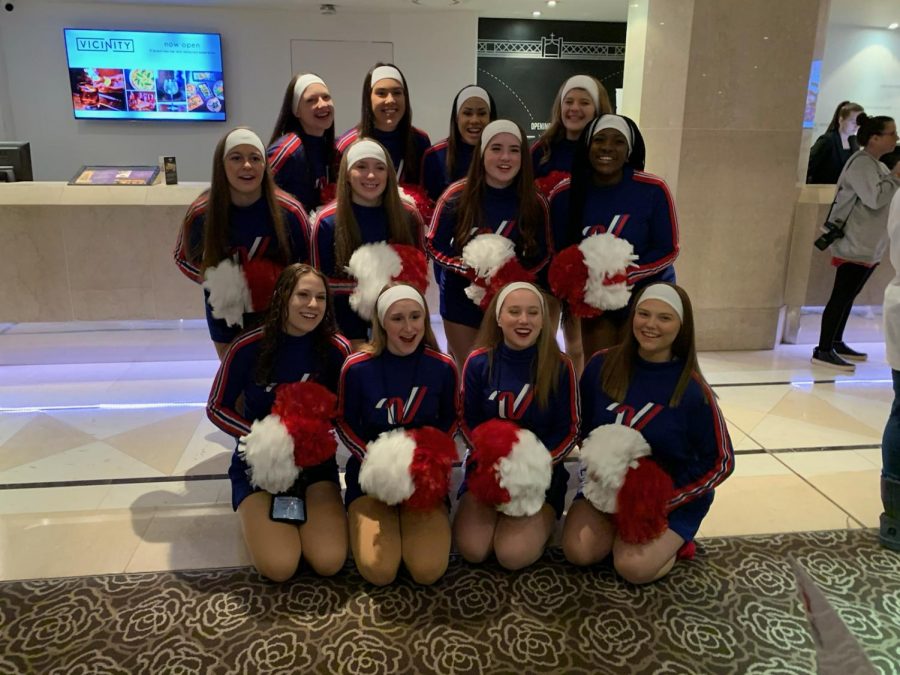 The cheerleaders had the opportunity to cheer down the streets of London, sightseeing while performing at the same time.

Lively music floods the London atmosphere as a surge of red, white and blue light up the streets. Placing themselves into formation, an array of young cheerleaders wave their colorful red and white pom poms in the air.

Juniors Allyson Good and Carleigh Graham traveled to London, England over the winter break as All American Cheerleaders to perform in London’s New Year’s Day Parade. Alongside over 700 cheerleaders from around the US, the two represented the Universal Cheerleading Association.

Good and Graham performed along a three-mile stretch of the London streets, passing landmarks like Big Ben and Buckingham Palace. The cheerleaders performed about nine times facing in different directions and once more at a section of the parade that was filmed.

“You realize it’s a once-in-a-lifetime opportunity… It was all this big talk [saying], ‘I’m going to go there,’ but you don’t realize it,” said Graham. “But as you’re going down the streets, you’re passing all the landmarks and seeing all the people and [you think], ‘Wow, I’m here, and I’m doing this.”

Good added, “It was really fun seeing everyone because cheerleaders aren’t very common in London. So performing and being an All American Cheerleader, everyone was really shocked, taking pictures of us and asking for pictures together.”

The two cheerleaders found out about the opportunity when they, along with their team, attended the Universal Cheerleading Association Cheer Camp where the leaders at the camp told the group about the All American Cheer team and the chance to perform in the New Year’s Parade. After trying out, five FHS cheerleaders made the team; however, only the two were able to go.

Good and Graham were shocked when they discovered they made the team. “There were a lot of girls and boys at the camp and they only chose maybe ten of us from the whole county,” said Good. Graham added, “I was one of the people who were hand-selected for this team that [included] girls and boys from all over the country. So it was just such an honor.”

After making the team, Good and Graham received multiple emails from the organization updating them on what will happen along with a video including the routine they would be learning.

The girls left Dec. 26. Once they arrived in London, the team got together to practice. “What was difficult was that we only had one day of practice with the entire group. So we had to get formation and ripples all sorted out in just two hours,” said Good.

Coach DJ Christian said she was incredibly proud of Good and Graham. “It makes me so happy to see how much they have improved since their freshman year, how much they truly love the sport and work hard every day in and out of the gym,” said Christian. “They are incredible students, athletes and individuals and are so deserving of recognition.”