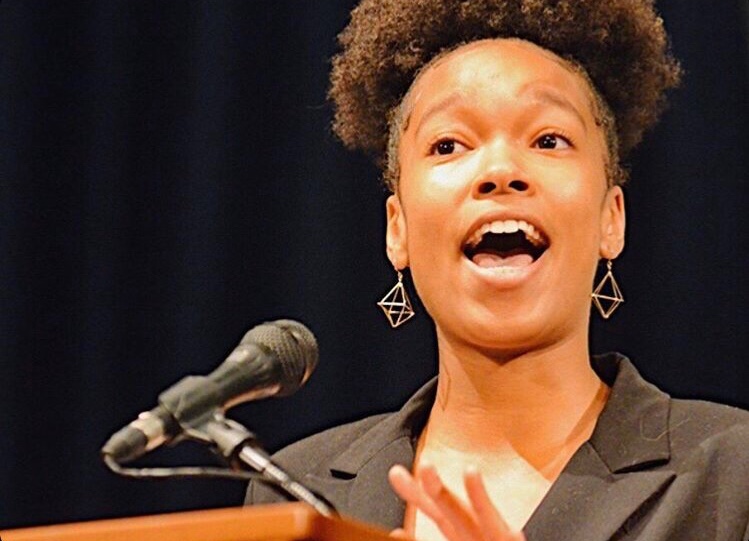 Minor found out about this opportunity through her church Mount Zion Baptist church. She liked what the celebration stood for and wanted to inform the youth about the importance of voting.

Minor submitted an essay to Martin Luther King Jr. Committee and was contacted that she won the award. The organizers of the event asked Minor to memorize the essay and present the speech at the ceremony.

“I was super happy and really surprised that I won,” said Minor. “It was really hard to memorize [the speech], but it made it better because you could put your own emotions into it.”

Lewis also received an award at the Martin Luther King Jr. Ceremony. He was asked to attend due to his charity work he does around the county.

The award was a thank you from Mount Zion for all the work he has been doing for several years for the church and the community. While he personally does not know who from Mount Zion entered him for the award, he was honored. “I did not find out about my winning until they literally called my name. I am honored and humbled to receive it.”