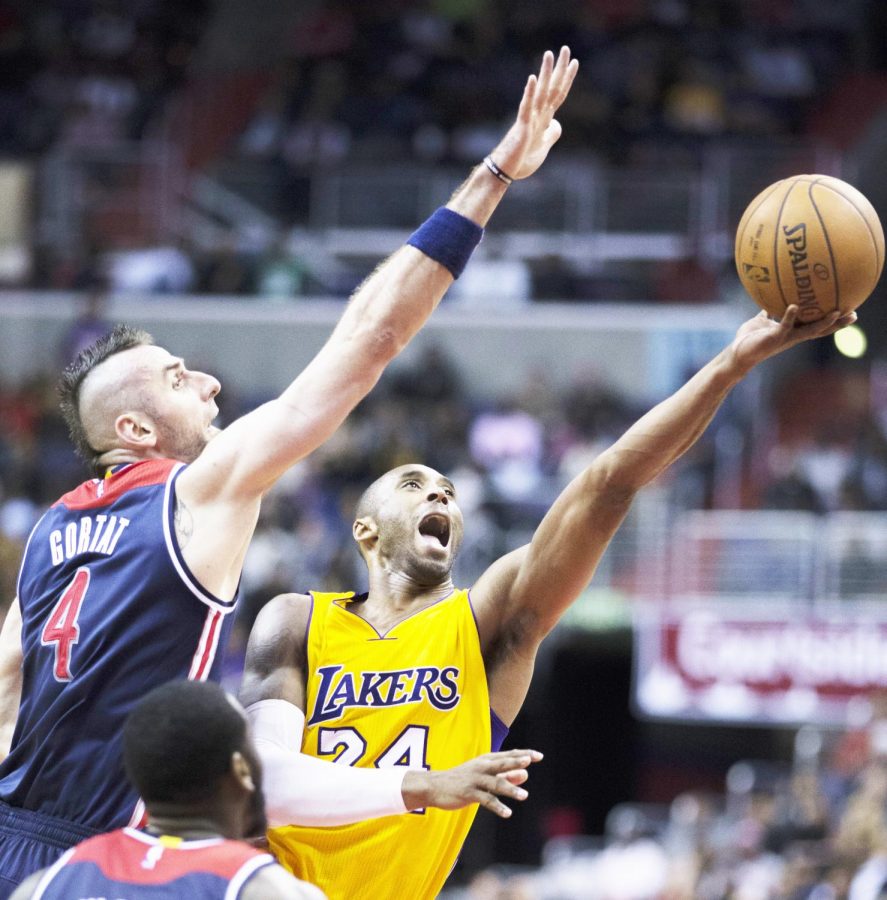 Kobe Byrant during a game shooting the ball hopeful to make a basket in the pursuit.

Kobe Bryant, his daughter Gianna and seven other passengers died tragically on Sunday, January 26th when their helicopter crashed in Calabasas, CA. There is a theory that the crash could have occurred due to the pilot trying to fly above the cloud or below the cloud layer. A recent report by The New York Times shows the helicopter that was being flown wasn’t legal to fly in such foggy conditions.  The bodies of the other victims have been identified as Coach John Altobelli, his wife Keri, and their daughter Alyssa, Sarah Chester and her daughter Payton, Christine Mauser and the pilot Ara Zobayan. Rumors have spread that Bryant and the other victims were on their way to Bryant’s youth basketball camp when the crash occurred.

Bryant was one of the most influential, monumental and overall talented players in the NBA. He first joined the NBA in 1996 and spent over 20 seasons playing for the Los Angeles Lakers. He joined the NBA right after high school and won 5 NBA Championships. At 34 years old, he became the youngest player in NBA history to reach 30,000 career points. He announced his retirement in 2016, and claimed he was ready to focus on family more.” Bryant was inducted into the NBA Hall of Fame the day after his passing, but to FHS senior Tiana Minor, this should have come sooner. “I’m glad that they recognized him, but I think he should have been alive when it happened,” said Minor.

Kobe Bryant was married to his wife Vanessa for 19 years and had 4 daughters together; Gianna, Natalia, Bianka and Capri. “He was definitely a family man. He showed it a lot, and he wanted the best for them,” said Minor.  Many family friends have publicly spoken on the havoc, including Shaquille O’Neal and Lebron James, who were godparents to Gianna. The incident is still under investigation by LAPD and no cause has been confirmed. “If I had to sum up Kobe Bryant, I would say he is loving and passionate. He was the GOAT,” says Minor.