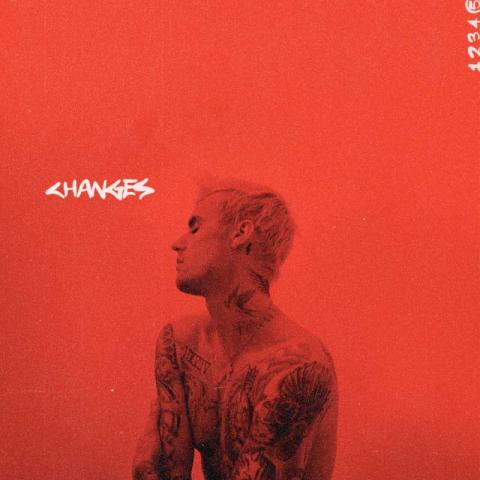 Justin Bieber’s new album “Changes” is sweeping the nation as the number one album on the billboard top 100 new releases. The album, released on February 14, generated over one million dollars in total first-week sales worldwide.

The album is made up of 17 similar-sounding songs. “Intentions,” supposedly the best song on the album, has the same beat as “Second Emotion,” another song on the album. “Yummy” is probably the worst of the 17 as two other songs, “Habitual” and “Available,” sound exactly like it. The album isn’t terrible, but the ongoing theme of love makes it repetitive and boring. He took a big plunge from his last album “Purpose.”

Though the overall album is not the best, there are a few songs that really stand out and sound significantly better than the others. “Intentions” is one of the few which stand out. Though it sounds much like another song of the album, it is a genuinely happy song with an upbeat and fun rhythm. “E.T.A.” is another smooth song on the album. It combines a smooth beat with a rhythmic guitar. Though he uses layers upon layers of autotune, the song itself without vocals is good for a chill background jam.

Justin Beiber seems to have a running theme in his albums. In the album “Purpose” released in 2015, the song titled “Purpose” was slower and deeper than the other songs on the album. The same thing goes for “Changes.” “Changes” displays his vocal and overall musical talent. The main message of the song is less about love but more about him, his life and what he is going through. If more of the songs on his album had this theme, it would be better. Sadly, that’s not the case.

With good, there comes bad, but in Justin Beiber’s case, the outcome was very bad. Take the song “Yummy” for example. The lyrics don’t make sense, and the ones that do are just weird. “Rolling eyes back in my head, make my toes curl,” for example, is one of the many uncomfortable lyrics.

“Get Me” is another not so impressive piece. The beat and the record scratch in the background are unpleasant and ugly. Another not so good piece is “That’s What Love Is.” The song is just a cluster of awful and misplaced sounds put into a beat, and it adds a displeasing element to the entire album. The end is the worst part of the song. It is just a bunch of vocals that don’t match whatsoever and don’t even sound remotely good together.

Justin Beiber is said to be one of the biggest stars in the world, and this album is just the laughing stock of his entire career. With not much diversity in sound, song or beat, he let the music world down. Though some of the songs are good, the overall feel of the album is scrappy and not well thought out at all.