A Goofy Film with a Heartfelt Message 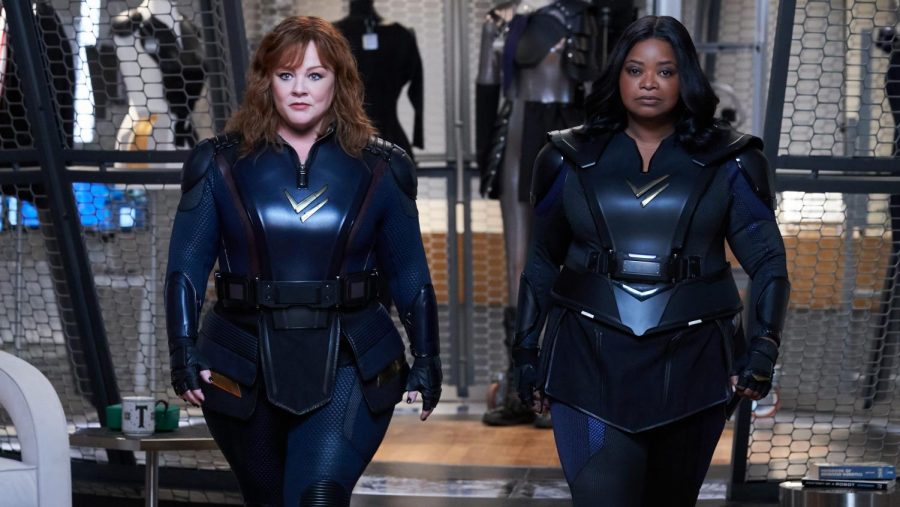 ¨Thunderforce¨ is a comedic movie about two, long-lost best friends, deciphering their new superpowers and fighting together to save civilization.

“Thunderforce” is a light-hearted, Netflix Original comedy that will make viewers laugh at the somewhat ridiculous plot but keep one entertained for the duration of the movie.
When I started the movie, I rolled my eyes at the cheesy and cliché plot introduction. The typical straight-A student who gets bullied for being a “nerd,” and her tough rebellious best friend who never does her homework, but together, they make an unstoppable team. However, as the movie progressed the characters made decent development and became very likable and charming. At first, I was not sure if the characters were going to be something most of the viewers would relate to, but further into the film, you come to see both of the characters’ more human and vulnerable sides as they try to navigate their goals and ambitions, which is something many people may have in common with the characters.
I found myself laughing out loud at some of the lines and gaining attachment to the storyline. Some of the romantic innuendos were a bit awkward and disturbing, due to the main character being attracted to a half-man, half crab villain, you can only imagine the interesting jokes made, but even that turned into a couple I was rooting for in the end.
The movie frequently comes back to the quote “I’m not a nerd, I’m smart, there’s a difference.” I think that this is a cute way to teach young kids that being smart does not make you weird and should not make you an outsider, and it is definitely not something to hide. In this day and time, it seems “cool” to not do homework and get bad grades, and you’re lame if you know the answer to every question the teacher asks. But that is something to be proud of, and I think this movie really gets that point across.
The movie also demonstrates good friendship and the importance of putting friends and family first, despite the little quirky things they do to annoy or when there are explosive arguments. The two main characters were separated for several years after a heated disagreement and had grown into their own independent and individual women, but they still had that same connection that they had back in high school and found a way to love each other like they had before. It made me want to call my best friend and catch up on life, just maybe skip the crime fighting.
This film also gives that exciting and adventurous super hero feel that we all love. From fighting crime on the streets to defeating a super villain out to destroy mankind, the action was entertaining and fun to watch
At some points of the movie, I was a little confused about the “bad guys’” motives and why they were bad in the first place, due to that detail not really being fully explained, so I was always a bit lost on who and what the bad guys were. Nonetheless, it was still clear who the good guys were, Thunderforce, and that was enough for me.
Overall, it is a fun movie that people of all ages would enjoy. If you are looking for a goofy movie that is packed with action-filled battle scenes, this is a good movie to watch with friends and family.