Love Taylor; Don’t be a hater 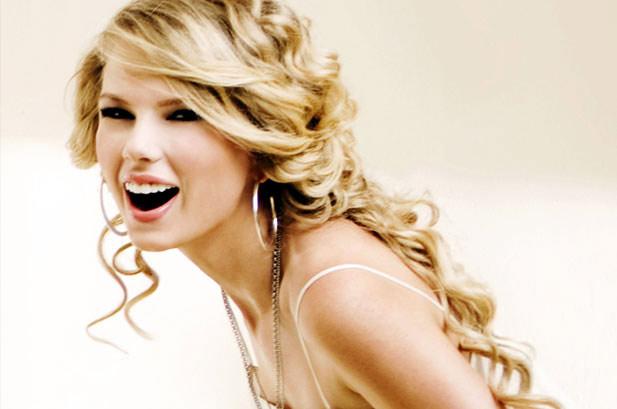 As soon as a musician like Taylor Swift rises to the top, a stream of constant criticism will likely follow:
“She sounds like a dying raccoon.”
“She’s not even pretty. She has rat eyes.”
“This music is for 10-year-old girls!”
I have heard these comments attacks on her abilities, her beauty, and her music for the seven years that Swift has been on top of the charts, and it’s time to set the record straight.
She is gorgeous
Blonde hair, blue eyes, long legs, beautiful smile. Taylor Swift is quite simply the all-American idea of flawless. She is one of the few in Hollywood who isn’t notorious for fashion blunders. Taylor has changed her style as she discovers who she is, just like any young adult. Watching her transition from awkwardly cute country girl to glamorous CoverGirl model has been exhilarating.
She writes songs we all (secretly) relate to
Everyone has heard a Taylor Swift song. Everyone has also related to a Taylor Swift song. The attacks on Taylor often involve the maturity level in through her songs. I didn’t get the memo that once you turn 23, you stop having feelings, experiencing heartbreak, and obsessing over relationships. Her songs are the conversations that girls have with their friends put to music, and they touch on everything, from spending forever with your best friend, to rants about exes who didn’t treat her right. No matter what you’re going through with a guy, you can find a Taylor Swift song to put on repeat until the situation is resolved.
She’s self-made
Taylor Swift pursued a passion that turned into a success story. After singing in talent shows and bars, 14-year-old Swift moved to Nashville with her family to pursue a music career. With persistence, Swift released her first album at age 16, raw look into her teenage mind. Swift is known for writing her own lyrics. She maintains a clean, authentic image that makes it easy for fans to relate to and love her.
She is a good role model
From Vanessa Hudgens’ racy role in Spring Breakers to Miley Cyrus’s destruction of her clean country image, young female celebrities have an iffy track record. Swift, however, has managed to keep a squeaky clean reputation; a serious Swift scandal has yet to hit the newsstands. Swift’s songs also teach important lessons to young girls, since her songs don’t revolve around partying, drinking, or promiscuity (looking at you, Ke$ha). Through her music, Swift sends the message that heartbreak is human and just because he dumped you, it doesn’t mean you will die with cats, which is an important lesson for adolescent girls.
She has matured and will continue to grow
I cannot deny that Swift’s earliest songs sound like a whiny teenage girl’s Tumblr read aloud. Her first eponymous album goes through a relationship, from fond memories of sneaking out and talking all night, to how much Taylor actually hated her ex’s pickup truck. Rhymes were hastily crafted, and lines were paraphrased cliches, which is perfectly fine for a 16-year-old’s debut album. Swift’s artistic maturation is documented through her albums. In her 2012 release, Red, Swift compares a broken relationship to “driving a new Maserati down a dead end street, faster than the wind.” As her music career advances, Swift continues to develop into the fantastic woman she is bound to be.