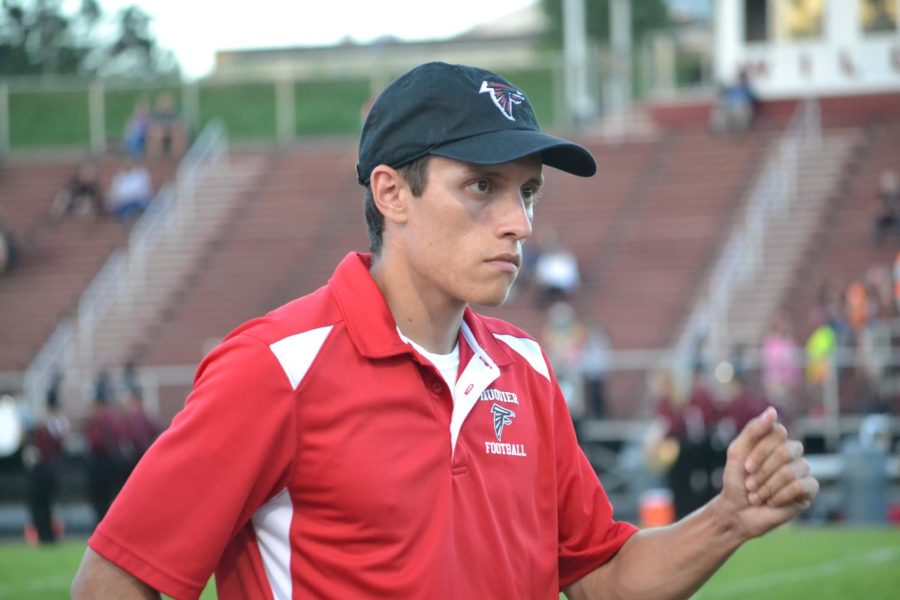 Coach Rivera is the new football coach at FHS.

There’s a new football coach in town. Following in his father’s footsteps, Nick Rivera is coaching the Varsity team, linebackers and wide receivers at FHS. Born in Richmond and raised in Fairfax, football has always been a part of Rivera’s life.

Rivera began playing football in high school and continued in college at Bridgewater. His father was a coach for 30 years. During his senior year, they won the National Collegiate Athletic Association (NCAA) conference.

Rivera joined FHS last spring, but this year will be his first full season. When he isn’t coaching, he can be found teaching. Since teaching has been a recent passion of his, he became an Instructional Assistant. Coach Rivera is also a big animal lover. He has eight pets, five dogs and three cats. Besides being out on the field with the team, his favorite hobbies are listening to music, watching movies and watching TV. His favorite school subjects are history and physical education.

Like any other sport, Rivera feels that football is a bond that connects people. “The team becomes a family and you have to pick each other up. It’s like a brotherhood,” Rivera said after briefly explaining the meaning of the phrase “Family on two”.