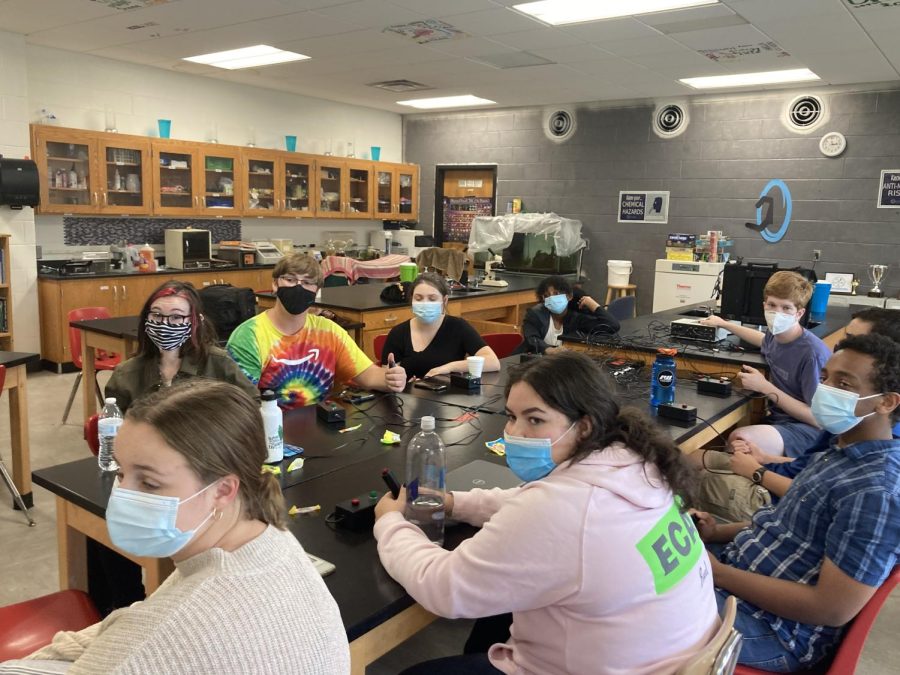 All members listens to the question, buzzer in hand, in hopes to answer the question correctly.

Fighting Nerds begin their battle to the stage this year

The academic team “The Fighting Nerds” practices every Thursday after school at Doctor Catherine Croft’s room preparing for their competitions against other teams in the district. Their first scrimmage will be on January 19.
For each match there are three rounds with four competitors per round and team. To prepare, “The Fighting Nerds” practice buzzing in and answering different questions. The questions vary from logarithms all the way to facts about pop music. “Even if you are not assertive to buzz in, we have the middle ground, where it is directed. Your team discusses the question, and then answers, so don’t be scared that you have to buzz in,” said Croft.
“The Fighting Nerds” have a winter sports season with 12 competitions, but once the season ends they “still practice all year round because it’s fun,” said Croft. Additionally, they are preparing for an end of the year competition on television called “It’s Academic.” “If you like jeopardy, come join us,” said Croft. Visit room 703 for more information.