Unravel the thrilling mysteries of 'The Maze Runner' 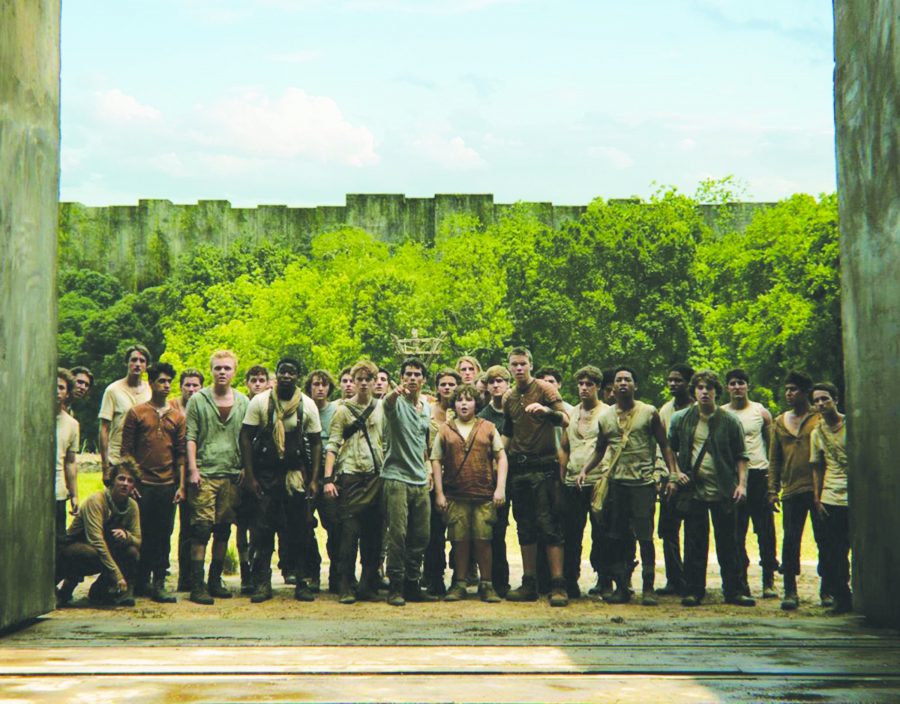 The mysterious and mind-boggling story of The Maze Runner, James Dashner’s dystopian novel, came to life on screen in a way that offers thrills and chills and intellectual satisfaction. The story throws a bunch of innocent boys with no memories of their pasts into a mysterious location dominated by a maze and monsters, and filled with terrors yet to be discovered.
Forced to start from scratch, the boys form a government to keep themselves safe from the Maze and each other, creating a functional society to help them find the way out. Sounds a little like Lord of the Flies, doesn’t it?
When the main character, Thomas (Dylan O’Brien), wakes up in a metal box that transports him to the Maze, he meets at least 30 other boys who also have had their memories wiped. The oligarchical government imposes strong standing rules; their number one rule is: no one is ever allowed to enter the Maze at night. Ever. At this point, the viewer knows just as much as Thomas knows about the Maze and its purpose: nothing.
Thomas becomes a runner, one who maps the Maze by day to find a way out before the walls close at night. The boys haven’t had much success in the past two years, and the group suffers from frequent attacks of the Grievers, large CGI monsters that inhabit the Maze. Hope that they will ever get out is diminishing.
When the girl Teresa (Kaya Scodelario) appears, it’s a signal that the boys’ society is about to unravel.
What stood out on screen was the unbelievable CGI and the perfect casting. When the Maze appears, it’s surreal. The CGI depicts the monstrosity of the Maze as described in the book to a tee. The actors are almost as Dashner created them on paper. O’Brien really made Thomas come to life on screen, and it was nice to see him act as something other than a high school heart throb in MTV’s supernatural thriller, Teen Wolf.
The casting was outstanding and the chemistry between the actors creates sympathy in the viewers. In fact, since the boys don’t know much about their situation, viewers also feel confused and disorientated; you feel as if you are stuck in the Maze. This is especially true at the beginning of the movie when events and developments are fast and furious.
The movie never actually answers the questions you may have had at the end of movie which allows for a potentially satisfying sequel. People who enjoyed the exciting ride of the Hunger Games will enjoy the mysterious journey of The Maze Runner. The movies are similar in their dystopian set-up and involve the sacrifice of children. In the Maze Runner the reasons for the sacrifices are mysterious, but the suspense is comparable to the Hunger Games. Just try to keep up and know that “if you ain’t scared… you ain’t human”.
Having read the book, I appreciated that the movie respected the literary version. James Dashner created such an unusual dystopian world, and director Wes Ball captured it perfectly.
~Emma Spector, photography director