Q: How long have you been running for?

A: “I’ve been running for seven years, since sixth grade.”

Q: Why did you choose to run competitively?

A: “At first, I did track because I just wanted to race people. I didn’t like it, and I wanted to play soccer. I’m not great at soccer, though, so I just did cross country, since I was better at that.”

Q: Why did you choose cross country over track?

A: “I prefer cross country because running longer distances is easier for me.”

Q: What is your favorite part about running?

A: “Probably the feeling you get when you finish, because the running part sucks.”

Q: What do you hope to achieve when running?

A: “My coaches, Coach Jones and Coach Scott.”

September’s male Athlete of the Month is Jonas Reutzel, a cross country runner in the class of 2022. Coach Mark Scott praises Reutzel for his leadership skills and his ability to “show up” for his team. Apart from running, Reutzel enjoys playing the piano and creating music. He is also an avid football fan, and his favorite team is the Vikings. Reutzel participates in DECA and the National Honor Society. 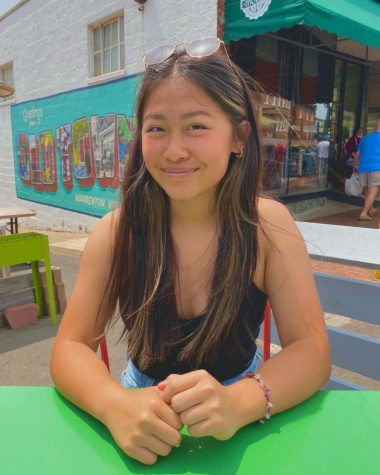 Hi! I’m Emily Penatzer. I’m a junior at Fauquier, and this is my first year with The Falconer. Outside of school, I play travel and school softball.... 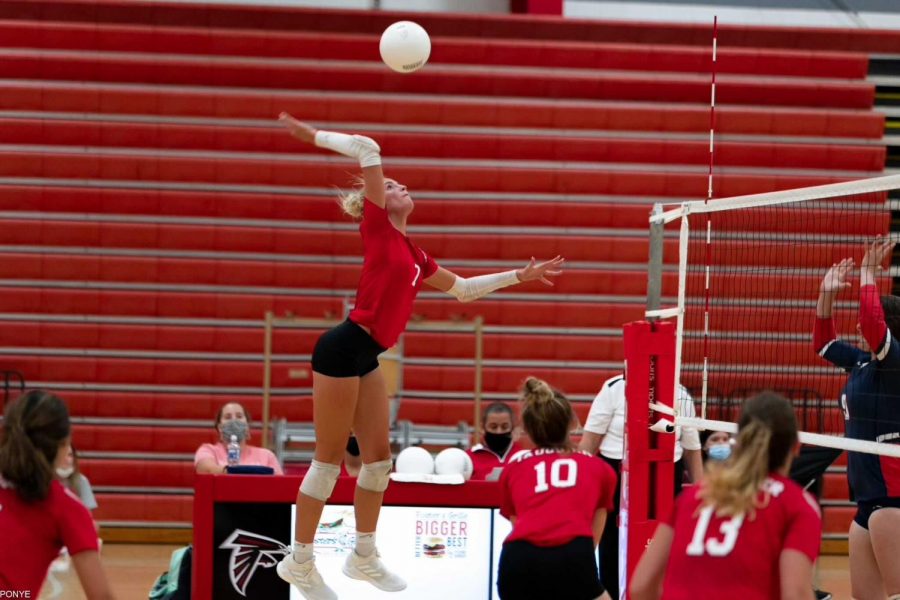 Q: How long have you been playing volleyball?

A: “I’ve been playing since seventh grade, so about five to six years.”

Q: Do you play on a travel team as well? If so, which one?

A: “I play travel beach volleyball. It’s more of an independent sport, so I travel to Florida to play there.”

Q: What is your favorite part about the sport?

A: “I really love the team aspect of indoor volleyball because you don’t get that as much in beach volleyball with two girls on the court.”

Q: What do you hope to achieve in volleyball?

A: “I just want to play in college and keep going to the highest level I can.”

Q: Who is your biggest role model within the sport?

Q: Did anyone inspire you to play volleyball?

A: “I was in middle school, and I was really tall. One of my friends told me I should come tryout for volleyball.”

Q: How did you get involved in beach volleyball?

A: “I started playing beach volleyball between freshman and sophomore year because I went and played a tournament for fun with one of my friends. We ended up winning the tournament and got a bid to nationals, which is in California. So I went to California for a month and a half with a couple of my teammates. We all lived together in a hotel, and then after that, I decided I wanted to switch to beach volleyball only.”

Q: What is the most valuable thing that you have learned from this team?

September’s female Athlete of the Month is Meredith Scott, one of three senior captains on the volleyball team. Head coach, Jen Linthicum  refers to her as a “leader on and off the court.” Linthicum also applauds Scott’s high expectations for herself and her team. “She doesn’t settle for anything less than her best and she expects that of others,” said Linthicum. Scott has multiple D1 offers urging her to continue playing beach volleyball in college.

Hi! I’m Emily Penatzer. I’m a junior at Fauquier, and this is my first year with The Falconer. Outside of school, I play travel and school softball....