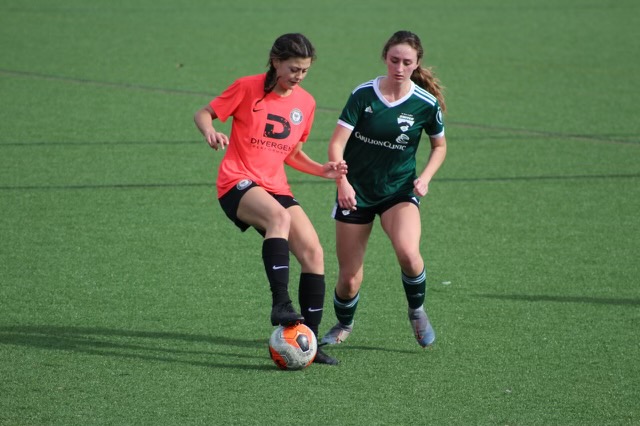 The Yellow Jackets have a new addition. Senior Riley Lynch committed to Waynesburg University, a NCAA Division III college in Waynesburg, Pennsylvania, competing in the Presidents’ Athletic Conference.
Lynch said that the recruiting process “was a lot different than what most people say because it just happened out of nowhere for me.”
She first visited the school for academics, but coach George Deaugustino knew she played soccer and wanted to talk to her. He had seen footage of her, watched her play and after talking for about a month, he asked her to fill out a form, and “we just went from there,” said Lynch.
Lynch was relieved that she did not have to worry about applying to multiple schools and can enjoy her senior year. Other than Waynesburg University, she was also looking at Marymount University and George Mason.
Waynesburg stood out to her because “even though it may sound cliche, Waynesburg felt like home, the campus was
beautiful, large and historic. The staff of the school and the team were so much fun and were super nice,” said Lynch.
After Lynch committed she took a moment to sit in shock, “I was totally surprised because I never planned to play soccer in college.”