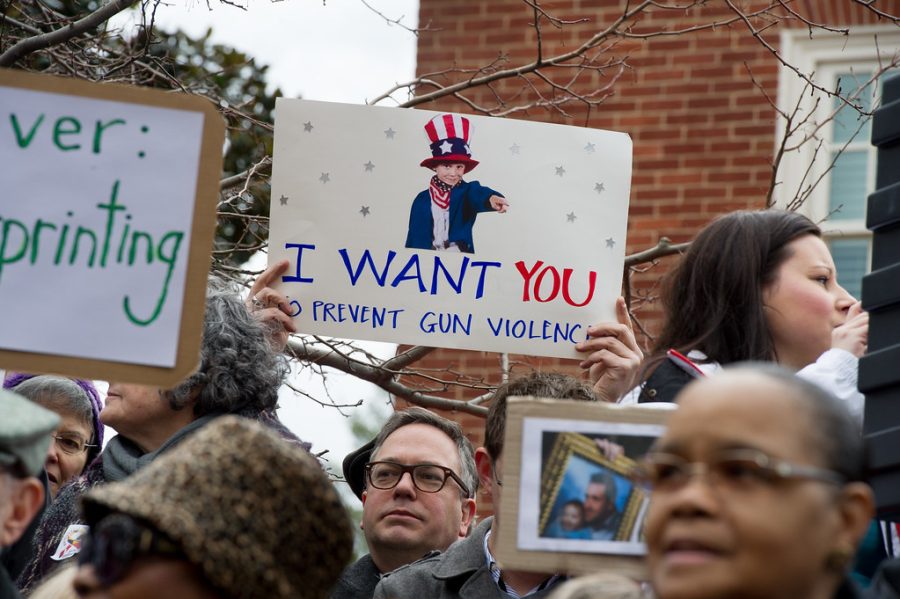 People hold up signs during a protest against gun violence.

A gun is a very deadly weapon. Even when used in the right hands by the right people, it can still cause grievous harm to another human being. When someone with malicious intent obtains a firearm, they become capable of injuring a horrifying amount of people before law enforcement can stop them. Arming teachers and bystanders, while it seems like a good idea to some, will create a dangerous atmosphere and may lead to more injuries. With gun control, we can make sure that nobody with bad intentions is able to quickly get a gun.

Having restrictions on buying firearms can save lives. According to the CDC, 45,222 people died from gun-related injuries in 2020 alone. Children are also at risk from gun violence. KFF states more children die from firearms than car accidents in the United States. When a gun is present in an argument, the situation has a higher chance to become violent, according to Britannica. The CDC has found that 124 people were killed by guns every day in the USA during 2020. Since the shooting at Sandy Hook, there have been 948 school shootings, according to CHDS School Shooting Safety Compedium. Gun control laws can lower gun injuries. America has a gun epidemic, and each new shooting proves it.

There are a few ways to stop gun violence. Background checks would stop dangerous individuals from obtaining firearms. 77 percent of gun owners agree with background checks at events such as gun shows, according to Pew Research Center. People who have commited a crime or have a history of drug abuse should not be able to buy a firearm. That would lower the amount of people who are capable of gun violence from being able to obtain a gun. Military-grade firearms and high-capacity magazines should be off limits to normal civilians and hunters. They would never normally run into a situation where they would need those weapons. There should also be a ban on ‘ghost guns’, buildable guns that can be bought online and in some stores without needing a background check. Ghost guns do not have any serial numbers, making them harder to track.

I understand people can just steal guns or buy knives, but how many people are going to get hurt before lawmakers can agree? These people could’ve been saved from gun violence, but instead they were hurt, and not enough progress is being made. The USA desperately needs gun control laws, and it needs them now. 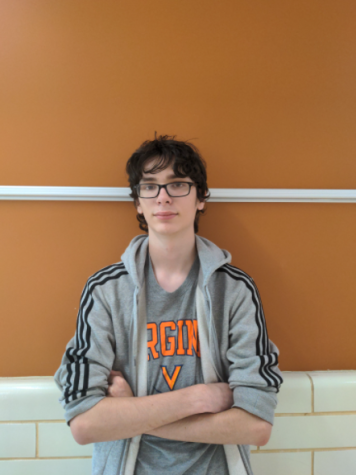 My name is Tom Cloud and I am a Staff Reporter for The Falconer student newspaper. I am in 11th grade and I enjoy playing Terraria and working on articles.... 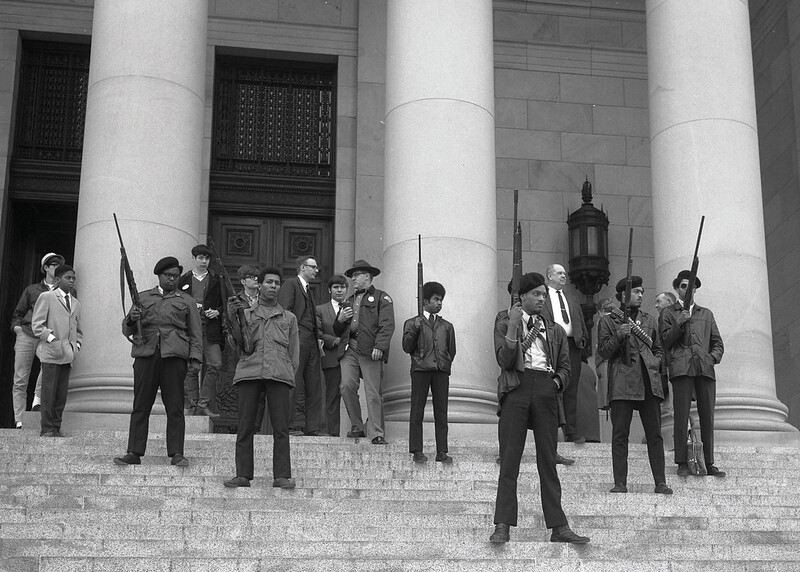 Photo of the Black Panther Party’s armed protest against the Mulford Act in 1967.

Americans have been debating the issue of gun control for many decades. What rarely gets mentioned in these debates is how gun control has historically been used to disarm marginalized communities. Due to the fact that gun control makes gun ownership more difficult for marginalized Americans, I believe that the Second Amendment right to bear arms must be protected.

Current gun control proposals, such as President Joe Biden’s proposed ban on “assault weapons” and “ghost guns”, would disproportionately make gun ownership harder for marginalized groups. Joe Biden’s proposed plan on “assault weapons” would ban the sale and manufacturing of weapons such as the AR-15 and magazines that hold more than ten bullets. Biden’s plan would require people who own these weapons and magazines to either give them up in a federal buyback or pay a $200 fee on each of their qualifying weapons or magazines to register them with the government. Failure to comply with these requirements would potentially result in up to ten years in prison and/or a $10,000 fine. For people who own multiple qualifying weapons or magazines, the fees can quickly add up and be prohibitively expensive. Working-class families who own these weapons would be forced to give them up, while wealthier individuals who can easily afford to pay all of the fees would be able to keep their guns. Joe Biden’s proposed ban on “ghost guns”, or gun parts and kits that one can use to manufacture their own guns, would also disproportionately affect the working class, as many people use these kits as a low-cost alternative to purchasing a pre-assembled gun.

Additionally, gun control legislation has historically been used to keep guns out of the hands of marginalized communities, especially African Americans. During the Antebellum period, many Southern states had laws that prohibited slaves and free Blacks from owning guns. After the Civil War was over, however, the Union army announced that soldiers, including Black soldiers, that served in the war would be allowed to keep their guns. Many southern states enacted laws known as “Black Codes” that were designed to keep newly freed slaves subjagated.
Among other things, these laws banned Black people from owning guns. According to an article on The Atlantic, the Ku Klux Klan was strongly opposed to the idea of African Americans being armed and responded by using terror to forcably disarm Black people and enforce this ban.

A century later, the Black Panther Party organized armed street patrols to protect people from police abuses of power. According to an article on NPR, the Black Panthers would follow police officers, “jumping out of their cars with guns drawn if the police made a stop.” Seeking to stop the street patrols, California politician Don Mulford proposed the Mulford Act, which would ban openly carrying guns in public. The Black Panther Party responded to the proposed act by organizing an armed protest at the state capitol. The Mulford Act was passed in 1967, along with an extra provision that banned carrying guns at the state capitol. Interestingly, the NRA and Ronald Reagan, governor of California at the time, both supported the law. Reagan said he saw “no reason why on the street today a citizen should be carrying loaded weapons.” It is important to mention that the Mulford Act is still in effect today.

Gun control does not make our communities safer. It only makes it harder for marginalized communities to defend themselves. Additionally, gun control does nothing to address issues such as poverty and a lack of mental health services that may lead to more crime. My family does not own any firearms, however I strongly believe in the right to bear arms. It is worth mentioning that even Dr. Martin Luther King, who believed in nonviolence, attempted to get a concealed gun carry permit after his house was blown up in 1956. 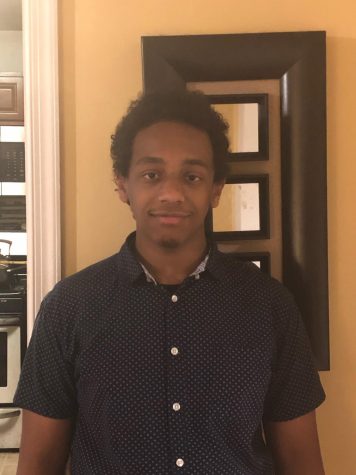 My name is Raeid Ebrahim, and I am a senior. This is my third year on the staff, and I will be continuing my role as the first political columnist of The...